Here are a selection of the election leaflets I received. I had a lot of Liberal Democrat ones, many of them didn't mention the candidate, and at least the vast majority of them arrived by post rather than by canvassers

Liberal democrat leaflet claiming Labour are out of the race without even a dodgy bar chart for support.
I have had more along similar lines, in fact this one reproduces much of the same material as the other ones they sent.

Conservatives are taking us backwards (LibDem leaflet).
Not sure about the claim of a two-horse race. I got one previously saying the LibDems were the only one who could stop Jeremy Corbyn, but that has long since gone into the recycle bin.

Labour
The candidate actually appears in this and discusses local issues, unlike the majority of the LibDem literature.

The Conservatives
I also got a mock red-top newspaper called Truro and Falmouth Future but the content of that was fairly generic.

The Liberal Party
They are standing in all 6 constituencies in Cornwall.

Jo Swinson, in larger format, with trees for scale. Unfolded, this is an A2 sheet. 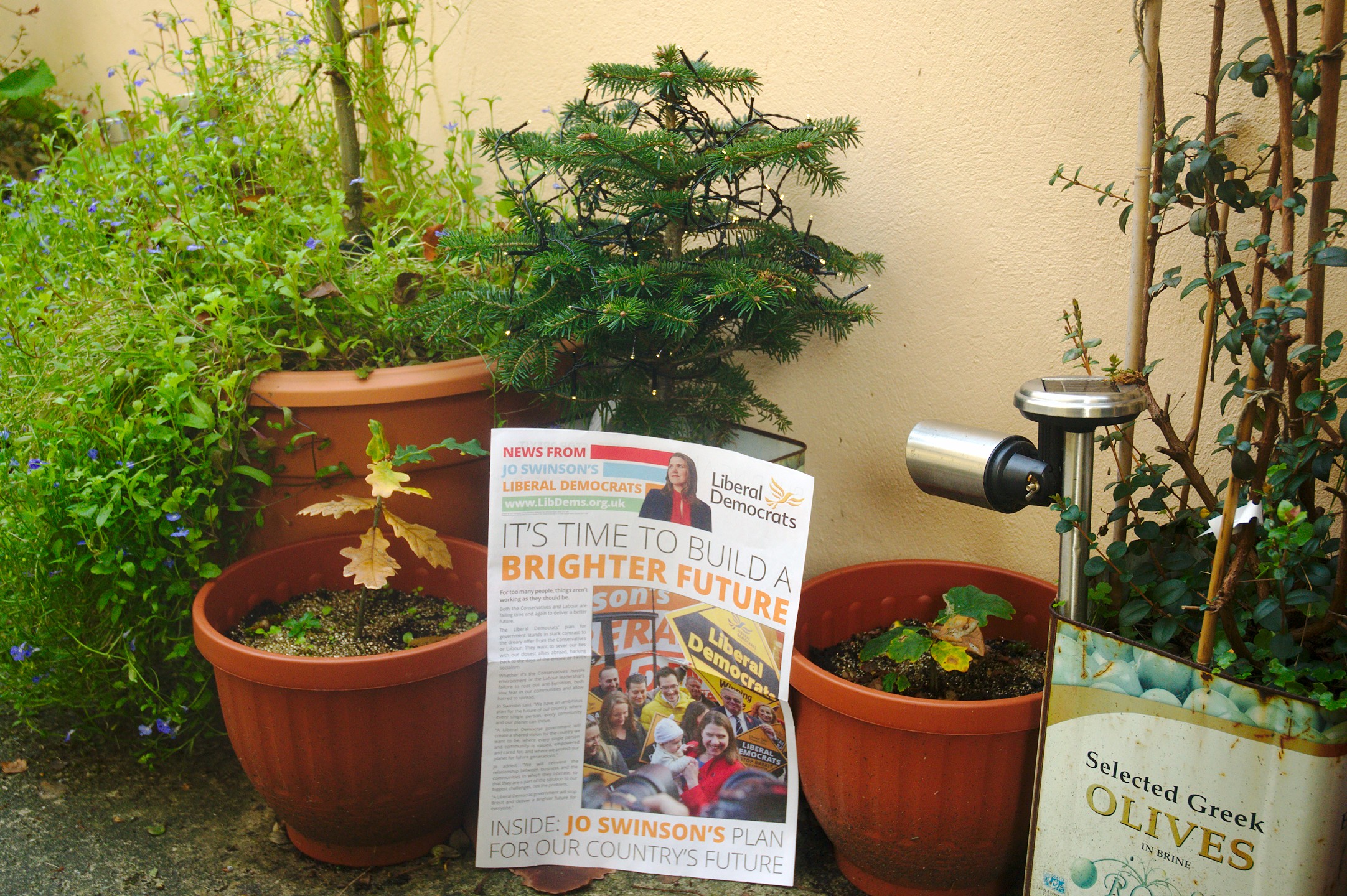 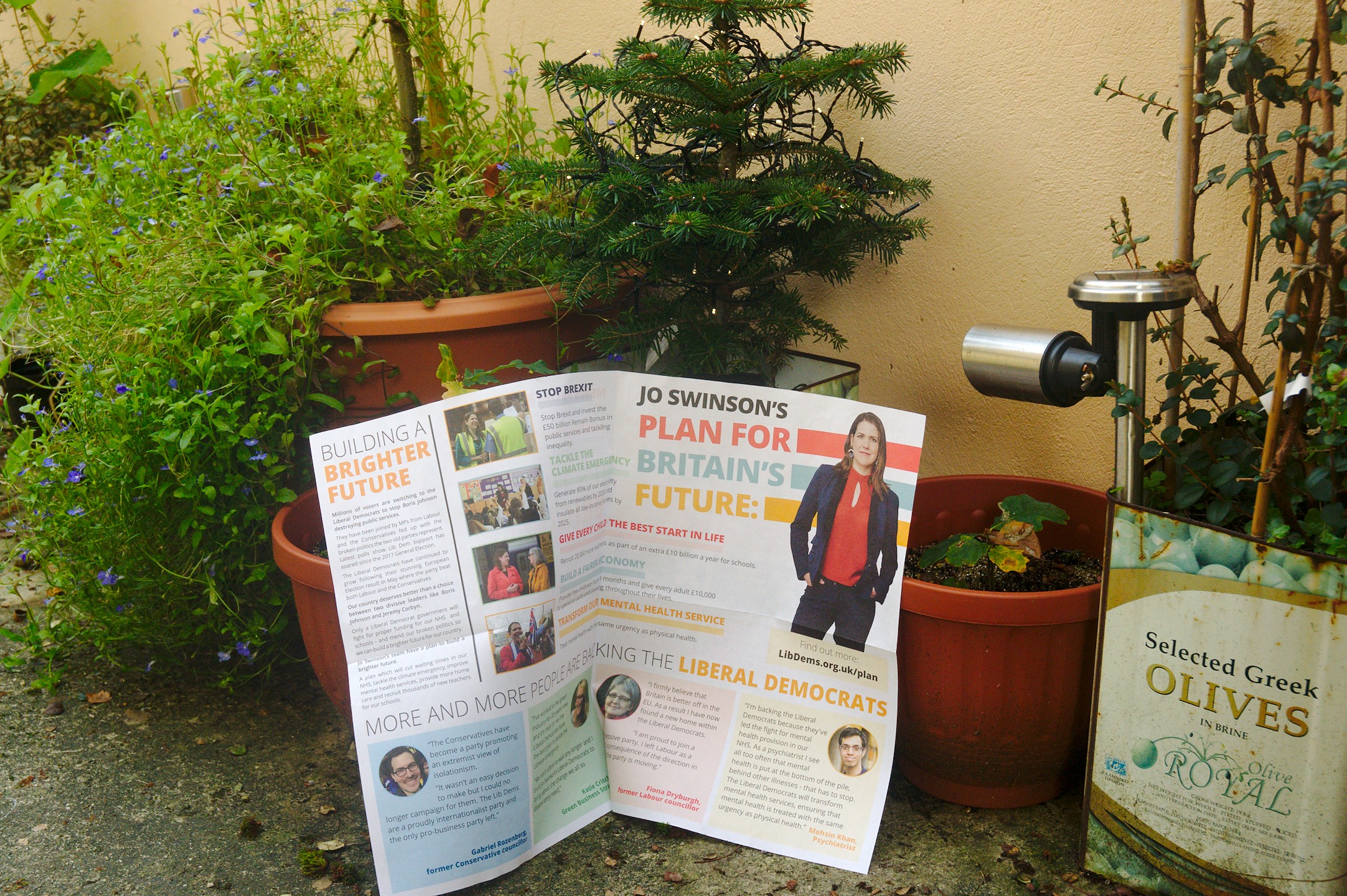 Labour and the Liberal Democrats with trees. The oak tree is still undecided with the lower leaves leaning towards Labour but the topmost leaves intending to vote for the Green Party. 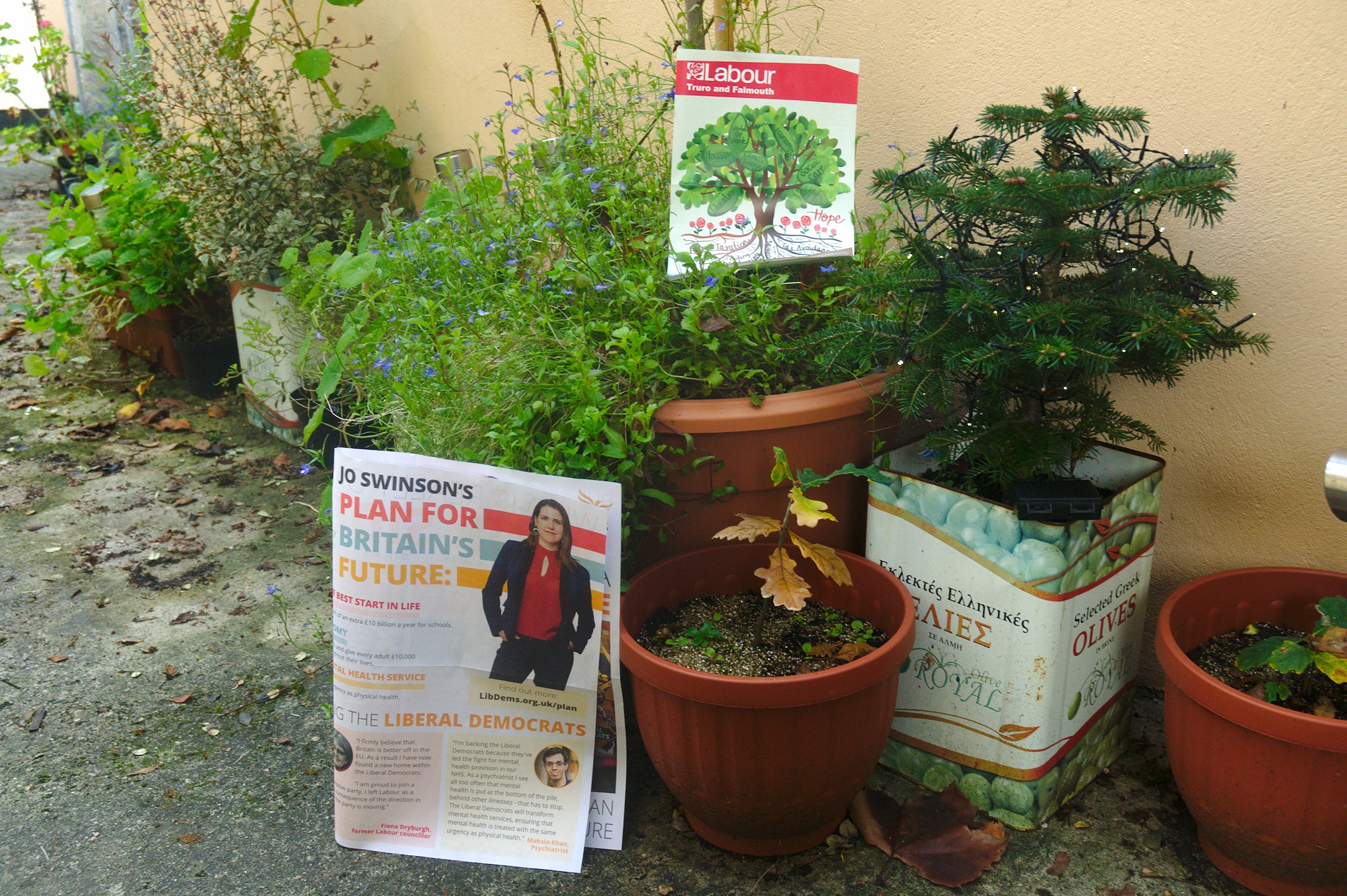 Conservatives. Some trees visible on the leaflet but it sounds like they want to chop them down. 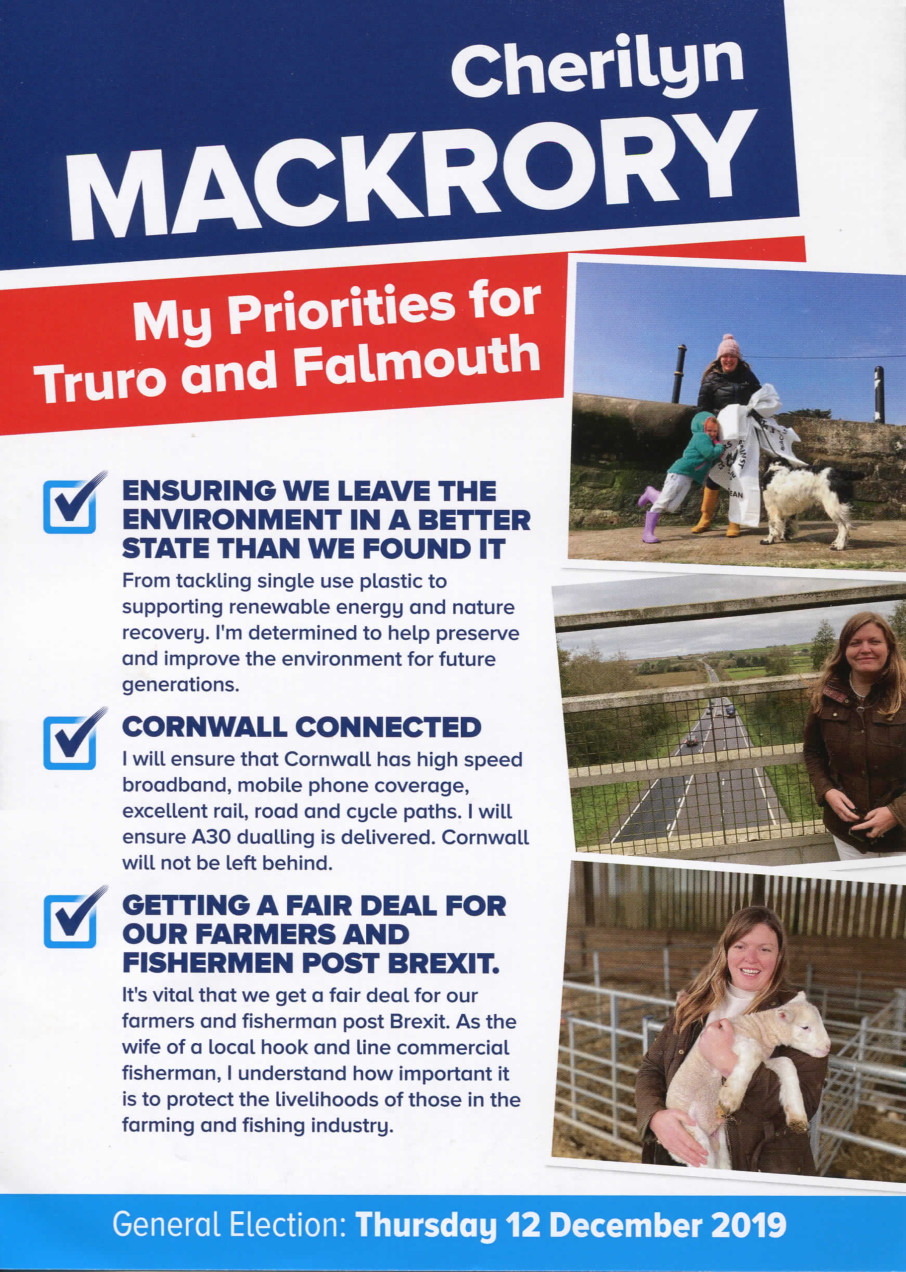 Two separate envelopes arrive by post on 5th December. The first one even mentions the candidate!

2 sided A4 with the candidate on. At least they didn't call the Factfile the Jo Swinson Top Trumps card.

The second envelope contains some national party material. Hungry Python coming for the NHS, but no longer mentioning Jeremy Corbyn: