The Lost Land of Lyonesse - update with high resolution bathymetry

So I thought it time to update my previous post on the lost land of Lyonesse, off the coast of Cornwall.

I was interested to find out what sea level the first people to inhabit Britain in a post-glacial climate around the Younger Dryas stadial (12 kyr BP) may have encountered.

The bathymetry from the above link comes in small sections and not all areas have ready gridded data so there is a background from the General Bathymetric Chart of the Oceans which has a resolution of 30 arcseconds (about 600m here) but resampled to 48m/pixel for a less pixellated look.

I have taken no account of sediment deposition/erosion after marine transgression.

I have accidentally labelled Universal Transverse Mercator zone 30N coordinates rather than Ordnance survey grid coordinates,the units are however still in metres.

The elevation shading restarts from zero for the land, but incrementing in 20m steps rather than 2m. The first shaded colour on land is light green at 40-60m (12kyr ago).

Let me know what you think in the comments. 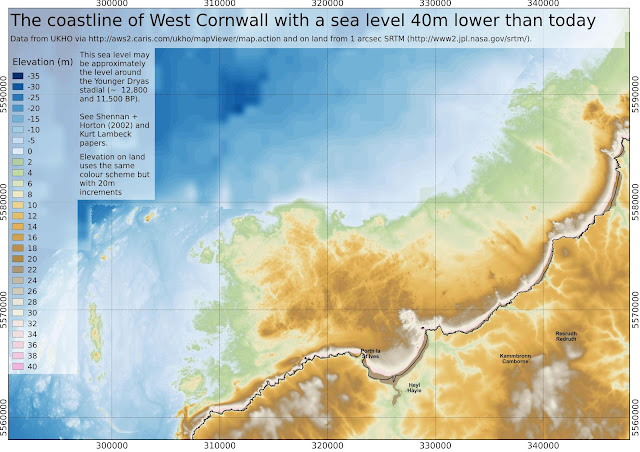 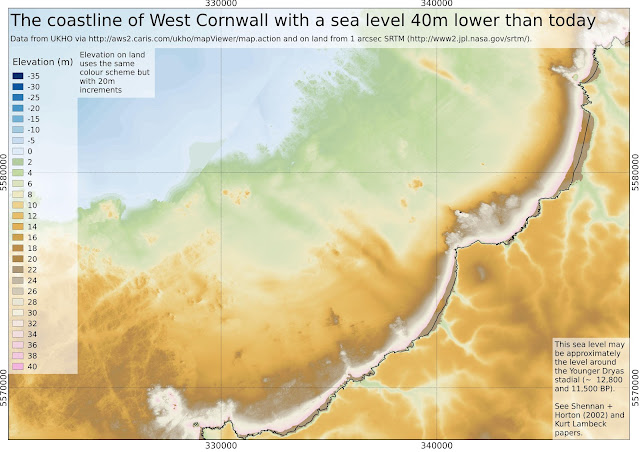 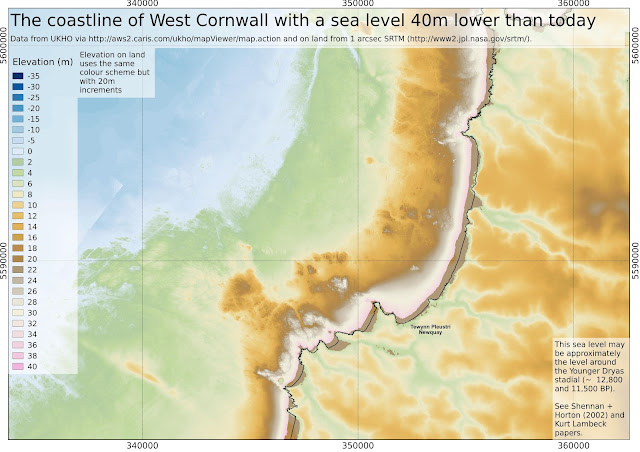 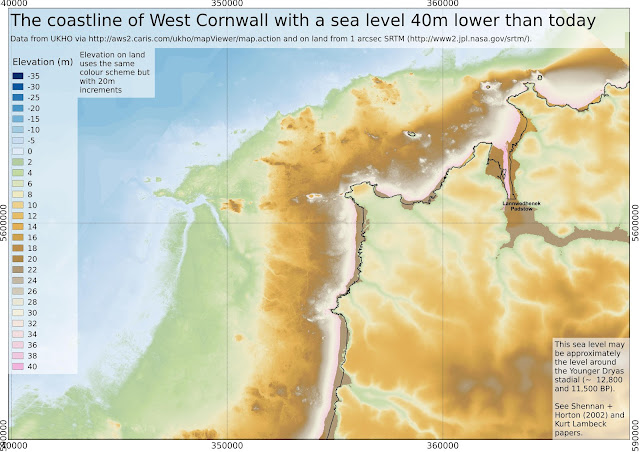 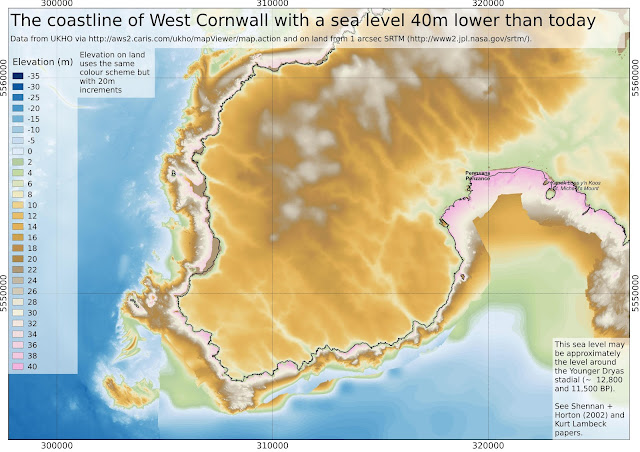 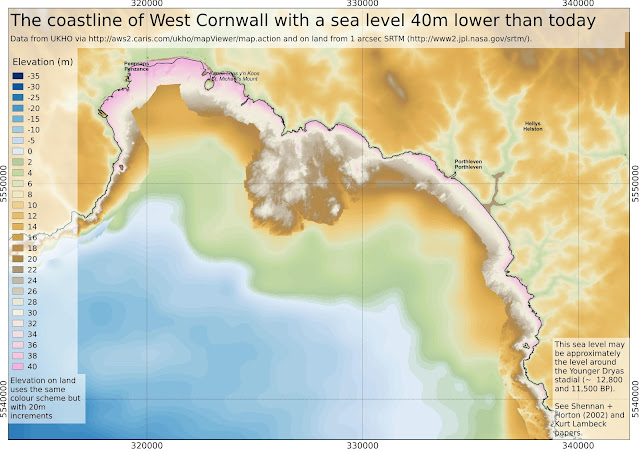 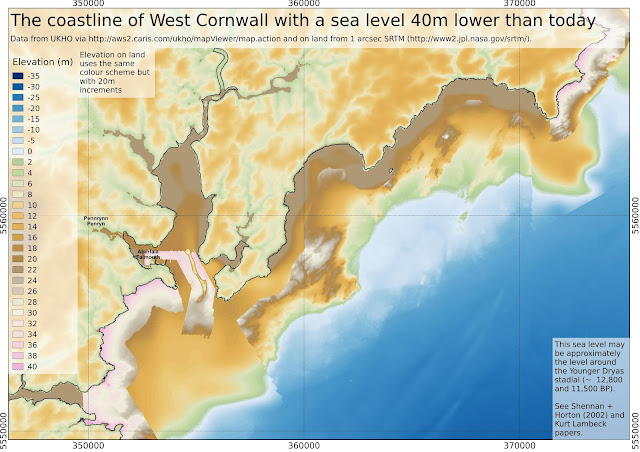