Adding a copy to clipboard button to TaklowKernewek GUI tools

This uses Tkinter's clipboard_append() function. This is available for all of the progams launched by TaklowKernewekLonchyer.pyw (except the text to speech program) and the Welsh language mutation treigloGUI.py.

sylrannaGUI, treuslytherennaGUI and kovtreylyansGUI also now have a "netbook" mode designed for smaller screens. Launch it by using "--netbook" as a command line option, or using the TaklowKernewekLonchyer_netbook.pyw launcher. This makes the size of the output window smaller, such that it its on the screen of my EeePC.

The corpus statistics module also now has modified code to quit the program, since if there are matplotlib windows opened, the Kwitya button was not necessarily exiting the program.
I have modified the code to call sys.exit() in this program instead of using Tkinter itself.

There is also a button labelled "Klerhe Tresennow" which closes any open matplotlib plots. 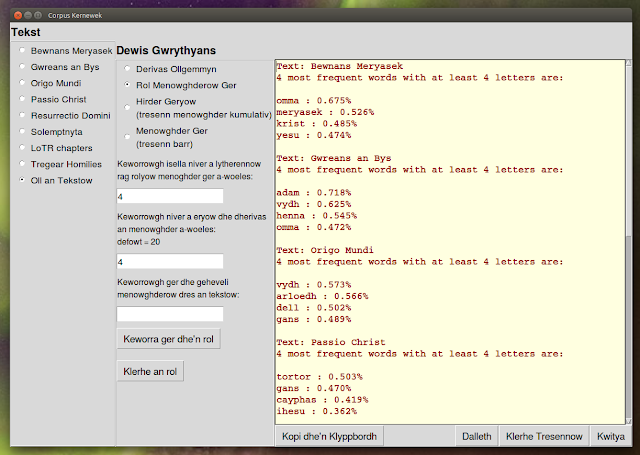