Cycling Maps of Cornwall in Cornish

Below I have created some cycling maps of Cornwall, with placenames in Cornish.
I have used a scheme whereby I created a layerstack with the elevation and slope in a single file as multiple bands using the GDAL tools and RSGISlib, and used the different RGB bands to encode the elevation in the blue channel, and the slope in the red.

I prepared several different variants of the maps, because it was not easy to encode the elevation and slope in a way that the whole range would be usefully displayed while keeping to a single colour gradient for each variable.

The below maps display a thumbnail of the map that links to a larger version of the image. The full size versions are available in links at the bottom of this page. These are large files of several MB. The grid squares are of size 10km, and the maps have been rotated by 30 degrees clockwise to make them display more compactly. 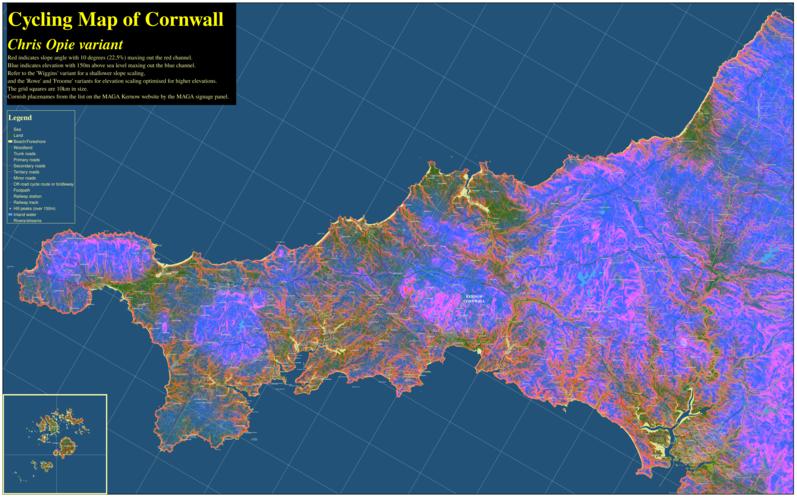 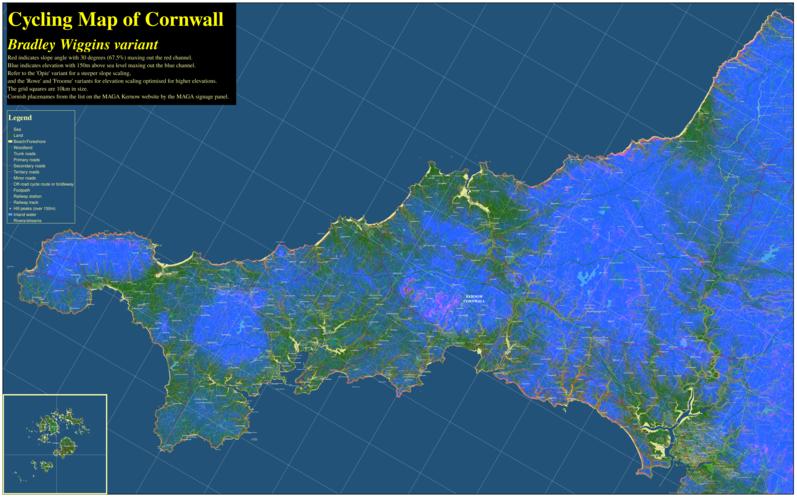 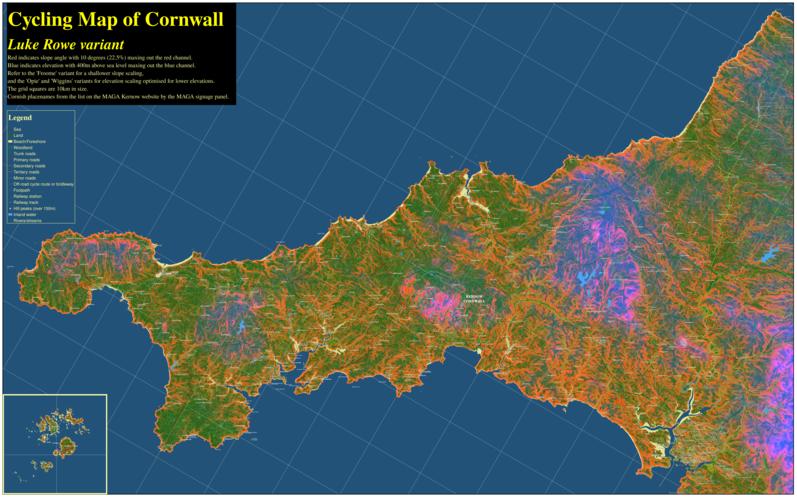 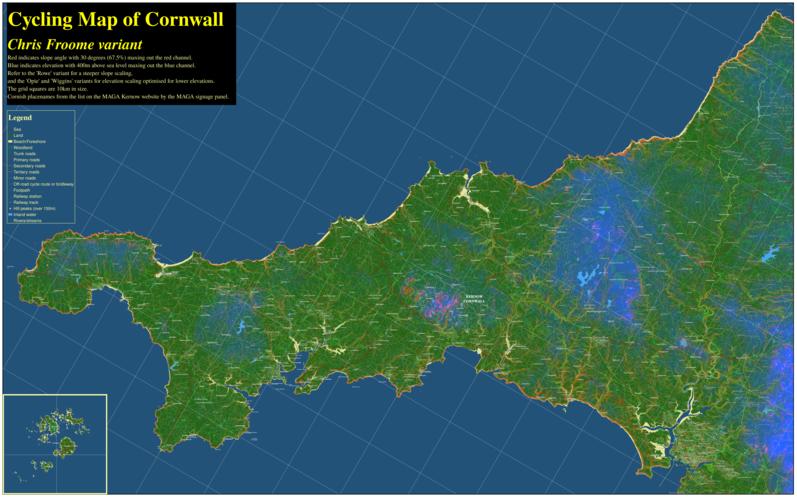 I have created an alternative version which is lighter coloured, by leaving land white, and shading elevation in green, and slope in red. This is done in QGIS by treating them as separate pseudocolour layers rather than a multiband colour raster. The slope scaling is slightly altered to max out at 15 degrees (33%) rather than 10 since it looks more dominant visually against a lighter background. 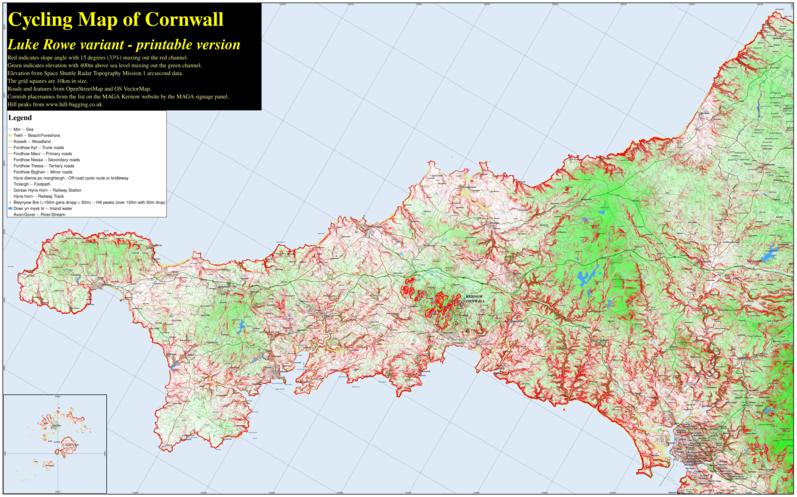 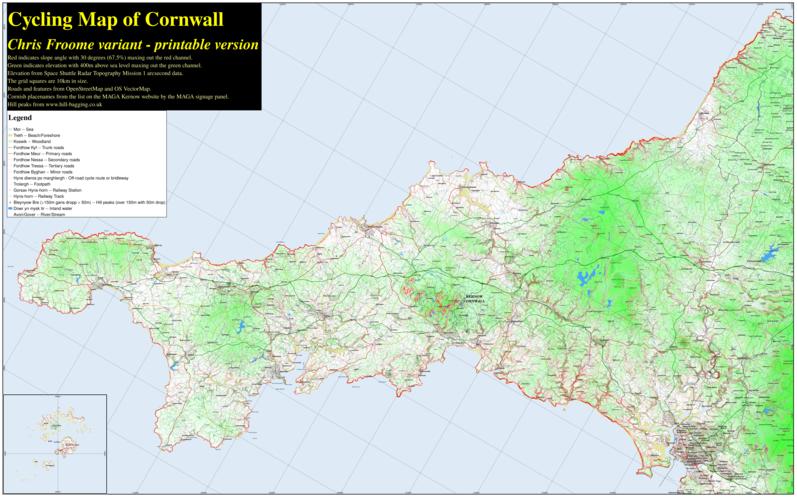