Here are some cycling maps of part of mid-Wales, created in the same fashion as my cycling maps of Cornwall, with placenames from OpenStreetMap, preferring to use the name:cy tag where it exists (within Wales). See Jochen Topf's OSM Multilingual test site for more information on multilingual names within OpenStreetMap data.
I have used a scheme whereby I created a layerstack with the elevation and slope in a single file as multiple bands using the GDAL tools and RSGISlib, and used the different RGB bands to encode the elevation in the blue channel, and the slope in the red.

I prepared several different variants of the maps, because it was not easy to encode the elevation and slope in a way that the whole range would be usefully displayed while keeping to a single colour palette for each variable.

The below maps display a thumbnail of the map that links to a larger version of the image. The full size versions are available in links at the bottom of this page. These are large files of several MB. The grid squares are of size 10km. 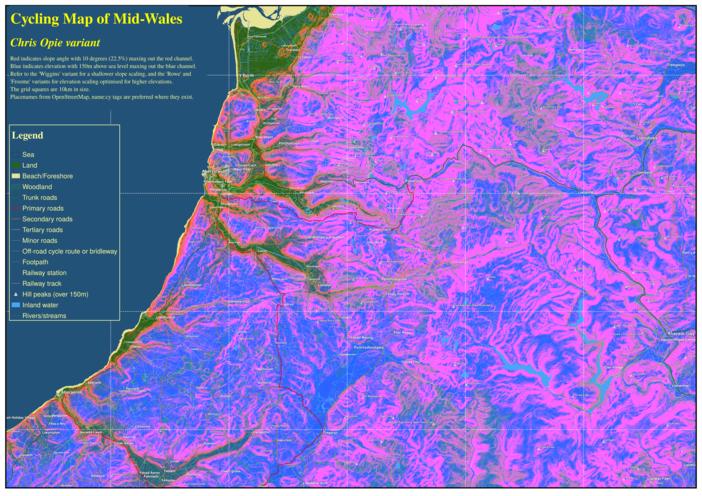 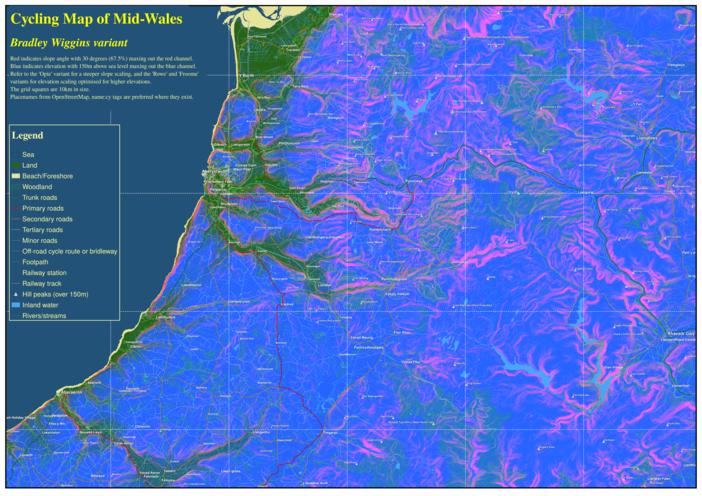 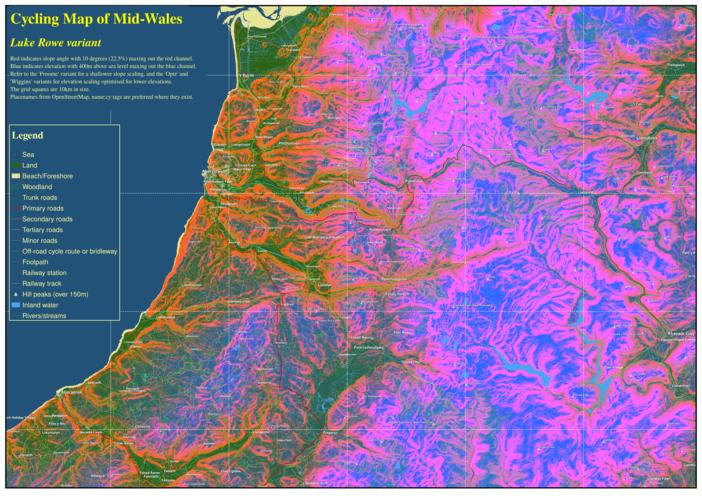 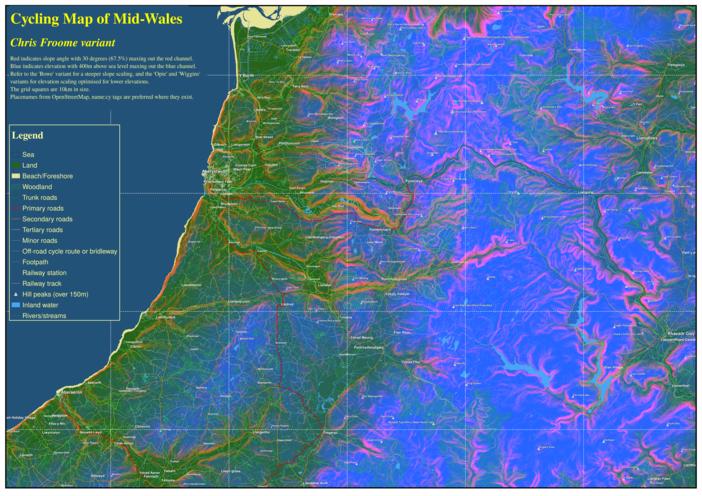 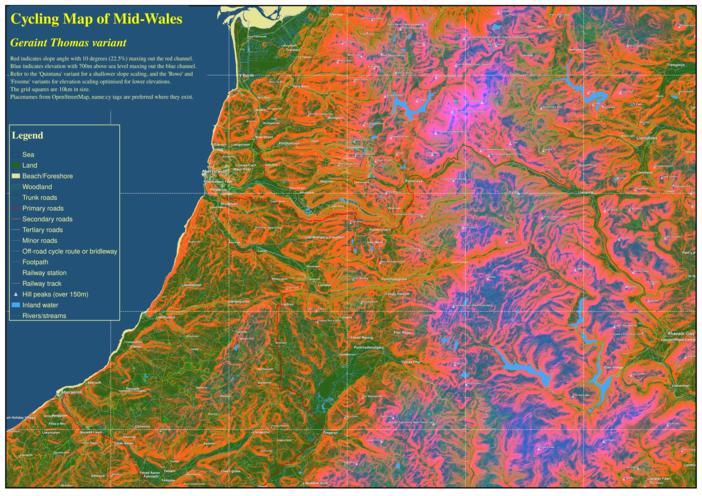 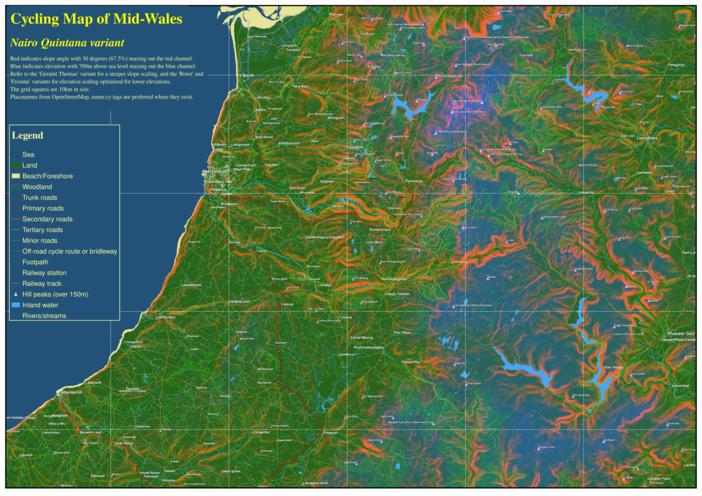 Maps of the whole of Wales

I have only rendered this for the 'Luke Rowe' elevation and slope scaling, and only at a lower resolution of 180dpi, because at 300dpi QGIS crashed my computer. The version that will display when you click on the image is a 50% scaled version, which is still an 11MB jpg. I have also rendered it in a second colour scheme. 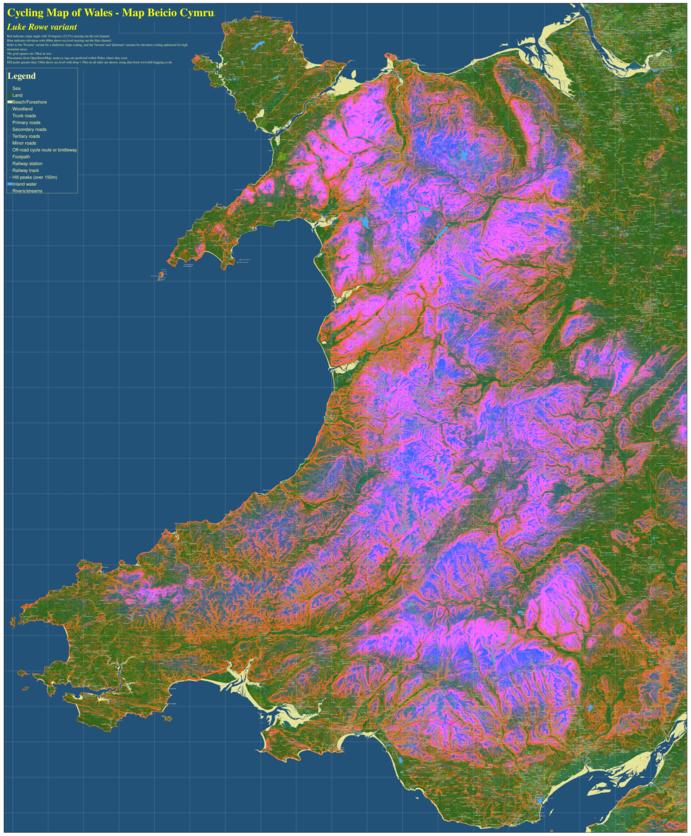 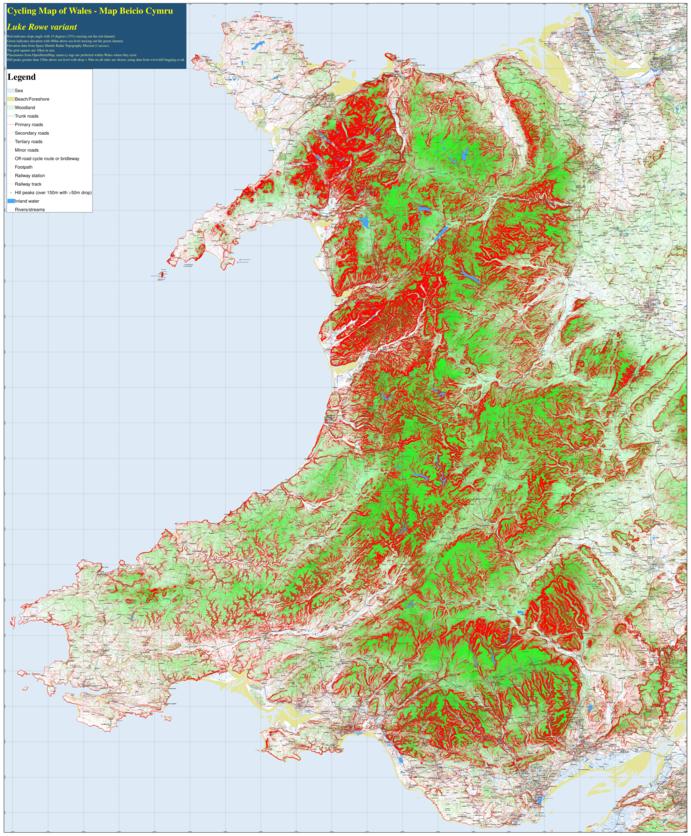 This version uses a lighter colour scheme, with the elevation scaling the same but in green instead of blue, and the slope scaling a little shallower (maxing the red channel out at 33%).