I have gone back to the code that generated the histograms below:


The question I thought of recently, is how does the slope vary by elevation?

I will investigate this in two ways

This either in a whole tile or by elevation bin.

Since there is often a wide variety of elevation within a tile, and the sometimes large north-south extent of each tile, they can encompass a wide variety of terrains, I developed the program to bin the data in each tile into elevation bins, and calculate the mean slope for each bin. I currently use a bin width of 200m in elevation.

There are 179 tiles, and several different ways of plotting them, which produces a large number of plots, so I thought I'd animate them.

The frames are ordered northern hemisphere first, then the southern, and within each hemisphere by longitude from -180 to 180 degrees.

The animated versions are linked to rather than shown since they are fairly large files.

I have taken the tile h1450 as an example in showing the plots.

The tile h1450 was discussed in an earlier post and on my neocities website. The hemispheric maps there can also help in putting the tiles in their context. It contains Lyot crater, the lowest elevation anywhere in the northern hemisphere of Mars , as well as part of the elevation dichotomy boundary and a number of Souness glaciers including this one, which has a 3D HiRISE anaglyph.

Integrating all tiles - average slope as a function of elevation

I have recently been reviewing the Python code from my MSc dissertation which read in the Mars Express High Resolution Stereo Camera digital terrain model tiles, and produced histograms and statistics.

The code was not very well written, as much was edited hastily towards the end of the data analysis phase of my dissertation. However I have managed to do something even more silly since then.

The command gdalinfo allows some summary statistics of a GDAL compatible file to be output to the command line:

The original purpose of using this in my Python was to find out which hemisphere we were in, for the processing of the aspect data, which was to separate the northern and southern hemisphere tiles.

So therefore I wrote this:

Recently, I though it useful to actually get the locations of the centres of each tile, so that output histograms for individual tiles can be labelled.

So I took the "Centre" line from the output of gdalinfo, and converted the degrees and minutes to decimal degrees accurate to one decimal place: 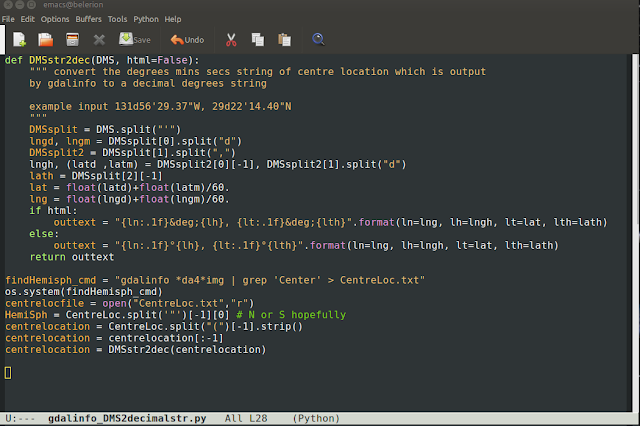 The next thing I wanted to do, was to make the tiles appear in a specific order, namely northern hemisphere first, going from -180° to 180° longitude, then the same for the southern hemisphere: 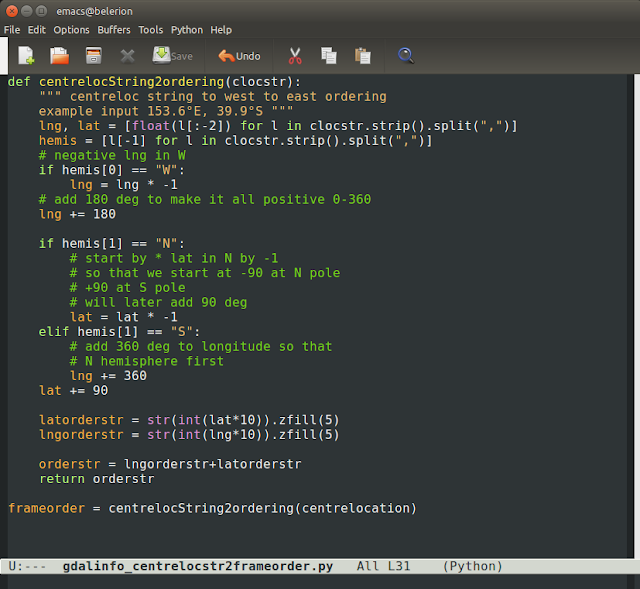 I recently discovered that gdalinfo has a -json switch so that it produces output in JSON format, which produces this:

This would of course have been much easier to process, with the standard Python JSON library.

I will write another post on the histograms themselves later. 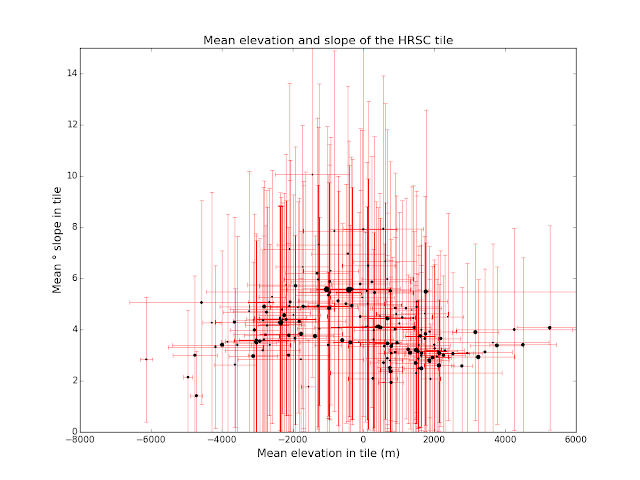 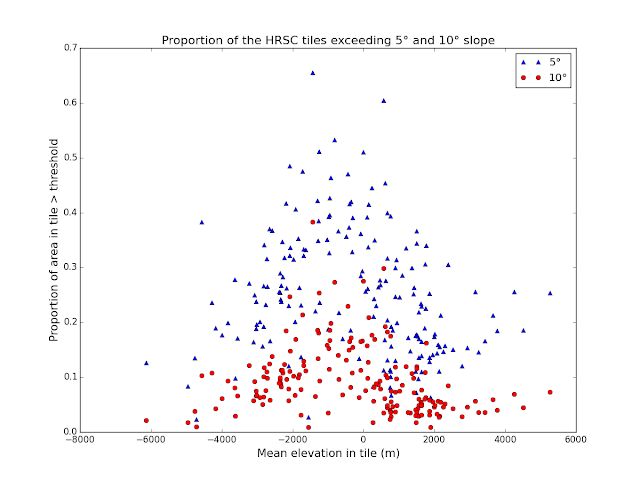 The shock victory of Gul Dukat and Liquidator Brunt in the galactic presidential election has left the Federation wondering if Earth will reconsider plans to leave the Federation following the referendum in which the population narrowly voted to do so.