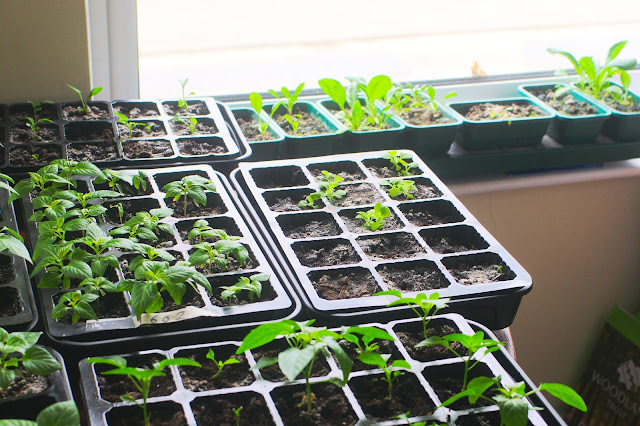 
In total I have 210 seedlings at present.

Plans include murals on Lys Kernow, a special committee formed of those children born in Cornwall on the same day as the Cornwall Council unitary authority who will design a monument, and a world record largest saffron cake for its birthday cake.
Rumours that the children's committee will be bribed so that the monument will be a larger than life statue of Cllr Bert Biscoe on Trafalgar roundabout gesturing towards the bus lane were denied by the Politburo.

Criticised over the cost of the birthday celebration, and being asked where the money is coming from for this, the leader of the council mumbled something incomprehensible and another councillor said we'll use one of the council farms and plant magic money trees on them.

Cllr Loveday Jenkin however pointed out that magic money trees are not frost hardy and require about 10 years before fruiting so will need protection in winter.

Tomato plant suffering from the cold

Unfortunately one of my tomato plants wasn't looking too healthy on the afternoon of the 19th March.

The hot water in the tandoori pot has generally kept the mini-greenhouse from freezing, but one of the cherry tomato plants was close to the side and in the path of some cold air coming in.

There was some snow in Cornwall today, here it is in Truro.