I submitted my MSc thesis a little over a week ago! Finally!

I'm close to submitting my MSc thesis. The analysis has really come together well, and I have sorted out (I hope) most of the errors in it. I hope to submit it within a week or two.

So the main point is that the Triangulum Galaxy has interacted with Andromeda, and a load of material has been stripped off the Triangulum (smaller) galaxy as it has gravitationally interacted with the larger Andromeda galaxy. I'm looking at that in a new way, using spectroscopic observations to select stars based on their radial velocity (as determined by their Doppler shift). Then once this selection is made, any differences in composition (what we call metallicity in astronomy) can be measured, although for individual stars in Triangulum galaxy, these measurements are not all that accurate. 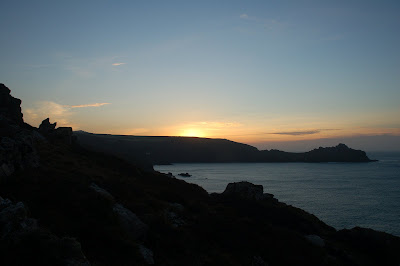 My a lym war an folennn 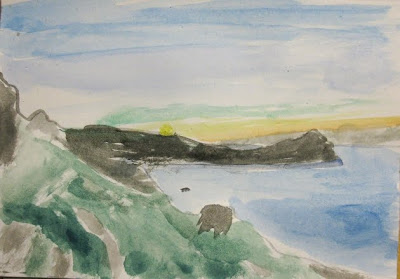 I recently managed to make my computer speak Cornish.

How did I manage this?

It turns out that espeak is available in Welsh.

First it is necessary to process the Cornish text to replace "dh" with "dd", "f" with "ff" etc. so that it conforms more closely to the Welsh orthography.

Then simply feed in the processed text to espeak with the Welsh voice.

Here's the python script to convert to Welsh orthography:

And a shell script to launch espeak in Linux: (espeak is also available for Windows)
The input text file (original Cornish) and the output sound file are passed to the script as command line arguments.

Here's a couple of graphical results, a cumulative frequency plot of the lengths of words, and a bar chart showing a number of the most common words found in all of the texts. The images don't display all that well inline, so click on them to see them at full resolution. 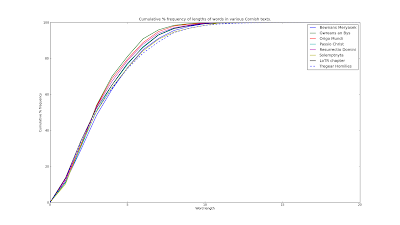 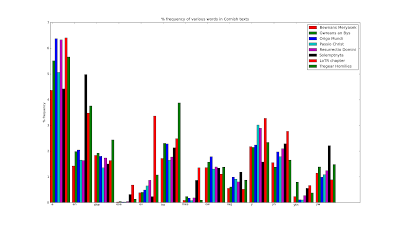