Mathematics quiz in Cornish with some improvements

I have made some improvements to the mathematics quiz apposyans_awrgrymGUI.py in my taklow-kernewek tools.

One of the things I discussed in my talk last year at the Skians conference as possible future developments in software for Cornish is tools or games for learners.

In a first step in that direction, I have programmed a mathematics quiz which asks twenty questions of addition or subtraction, in a Python Tkinter GUI app (or at the command line), to help users practice recognising Cornish numbers.


The code is at my taklow-kernewek repository at Bitbucket. I will likely add a little more to it, including perhaps some different difficulty levels, and maybe some multiplication or division at some point.

The launch of Sentinel 2A and 2B as part of the European Space Agency's Copernicus Program, has increased the frequency with which medium resolution satellite imagery in optical and near infrared is available.

Landsat 8 (and 7) are also still operating, which take a given frame every 16 days each.

Landsat 7 unfortunately has a scan line corrector fault that means there are stripes of missing data: 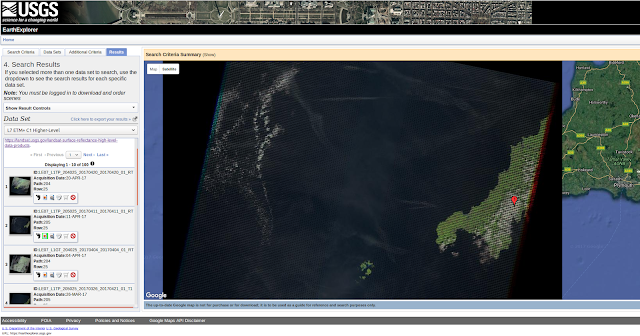 There was a particularly cloud free image of Cornwall on Landsat 8 on 27th March 2017, which I show below, displayed using tuiview.


Sentinel 2 has also captured some good clear images recently in the area, such as this. These are processed in the Sentinel 2 Toolbox within the Sentinel Application Platform, using sen2cor to process to Level 2A (surface reflectance)


Since the different bands are at different resolutions, when using the Sentinel Application Platform it is necessary to resample the output under the Raster menu, to process it further. This can produce a very large file, so I used the GeoTIFF / BigTIFF option because otherwise it would produce a file larger than a standard GeoTIFF file can be, when the 10m resolution is used. This can then be converted to a .KEA file for a smaller file size with gdal_translate.

The reason the file size is enormous is the output from resampling has 45 bands, because although it outputs only 10 data bands, that is 2, 3, 4, 5, 6,7 ,8 , 8a, 11 and 12, there are also atmosphere optical depth, water vapour, cloud probability, snow probability, and a scene classification, and then bands describing zenith angle, solar angle for every bands. As an uncompressed GeoTIFF this was 22 gigabytes for each tile, but is less than 1GB as a KEA (and I selected only the first 15 bands using rsgislib).

I have also opened them in QGIS and overplotted a map based on OpenStreetMap: 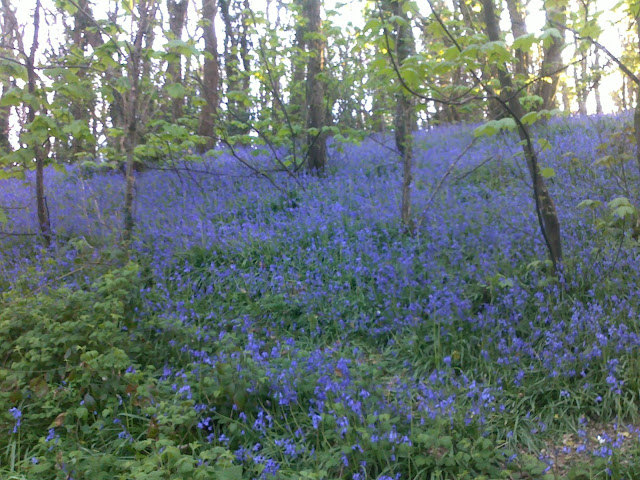 I will blog again about some of these when I have some time to experiment with processing. I have used the Sentinel 2 Toolbox and sen2cor to process the images, but I would also like to try ARCSI for processing from Level 1C to surface reflectance for Sentinel 2.

Cornwall to divide from Devon with new reservoirs

The Duke of Cornwall has published plans today, 1st April 2017, Dy' Kalann Ebrel, for a series of dams in the Tamar Valley. This will have a number of benefits:
The Duke of Cornwall will be able to use feudal prerogatives to require Cornwall Council to accept the plans.

Although the required compulsory purchase of the land and buildings will be extensive, the Duke points out he does own quite a bit of it already, and has offered to give an (as yet unconfirmed) discount on new properties in the Duchy's housing development to his subjects who are affected by compulsory purchase.


The above table shows the area and volume of the proposed reservoirs.

Critics of the project have questioned whether this project fits in with Prince Charles' environmental campaigning however the energy storage system will support the development of renewable energy and reduce reliance on fossil fuels.

The cost of the project is unknown, however Prince Charles has assured his subjects, that it will be cheaper than Trident replacement, and less environmentally destructive than a nuclear war.

Here is the result of using the regular expressions used in my Python module to segment the longest place name in the UK.