The Snows of Olympus 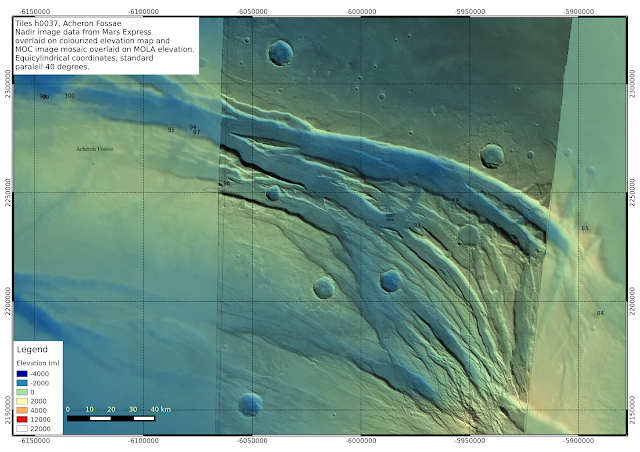 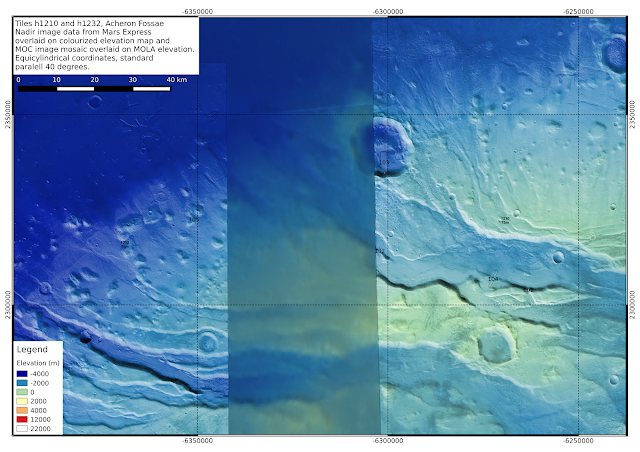 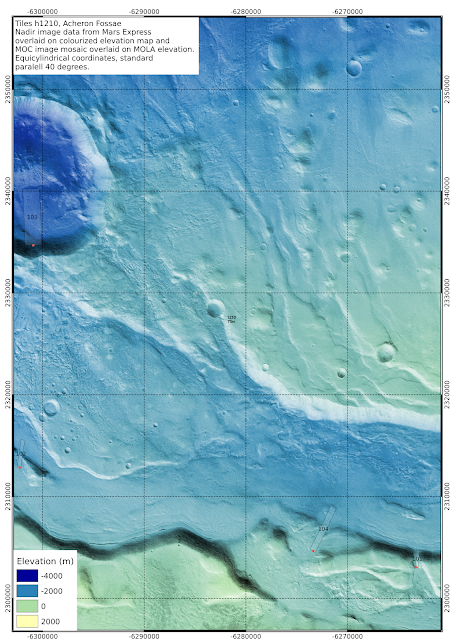 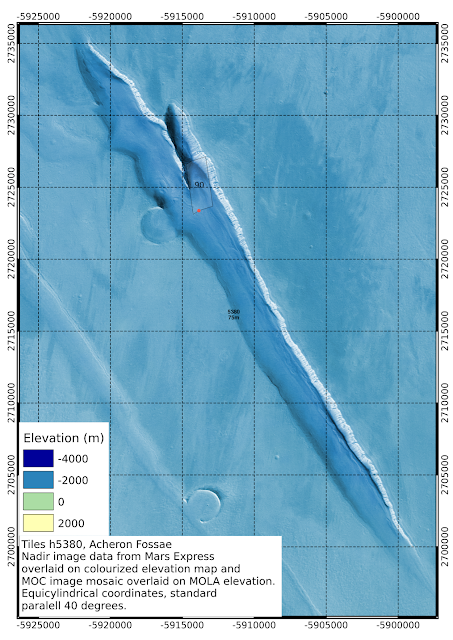 Revisiting my dissertation work on Mars

In my MSc dissertation at Aberystwyth University, I wrote about mid-latitude glaciers on Mars. I linked the 1309 candidate mid-latitude Martian glaciers published by Colin Souness with topographic data from Mars Express, and made derived topographic layers in GDAL and LandSerf. I made a layerstack of Mars Express images, topography and derived layers and segmented it in RSGISLib, and did some statistical processing to create a kind of naive Bayes classifier to indicate which areas have similarity in topography to the Souness glaciers.

Due to time and space constraints, I did not actually present full results on all of the 179 HRSC tiles within the dissertation. I had intended to do some more afterwards, but at one point my external hard drive failed and I had to re-download some of the data.

In the dissertation, I calculated the distribution of the various variables, both for the whole of the HRSC data tiles I used, and for the areas coinciding with the locations of the Souness glaciers. By comparing the two, a Bayesian classifier is derived.

The head, extent and context areas are explained in the dissertation, the head simply being a small circle around the location of the glacier head as recorded in Souness, the extent being calculated from the width, head, centre and foot recorded, and the context is the extent polygon expanded by 3 times.

I present results from two tiles which were written about in the dissertation, h0248 and h2279, but will be expanded on a little below.

I have corrected an error in the classification script that gave spuriously small values of the 'Extents' classifier function, and revised it to take the nadir image data out of the classifier, since it is scaled separately for each tile, it doesn't make a lot of sense to consider it in the context of global statistics.

Some time ago I posted a links page, I have added some more and rearranged it a bit: 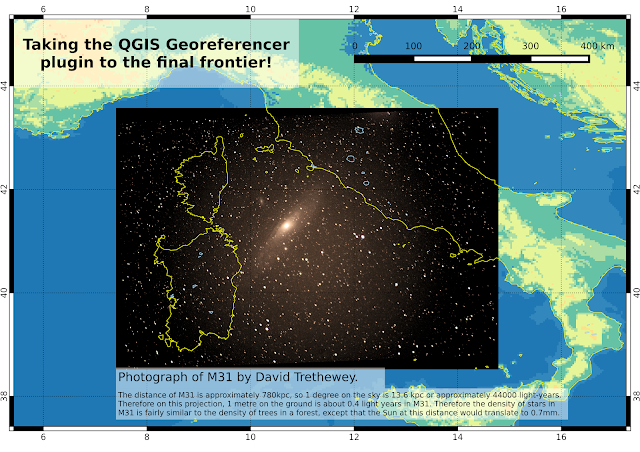