In the final instalment of my posts giving a summary of the northern mid-latitudes of Mars, I will present the Phlegra Montes area, in the easternmost part (if you're working with -180 to 180° longitudes as I am) of the northern hemisphere.

This area has some special interest taken in it lately, with a paper giving evidence for wet-based glaciation in the area written recently  Eskers in a complete, wet-based glacial system in the Phlegra Montes region, Mars (Gallagher and Balme 2015). link

I use the same elevation colour ramp for HRSC tiles as in Utopia Planitia as follows: 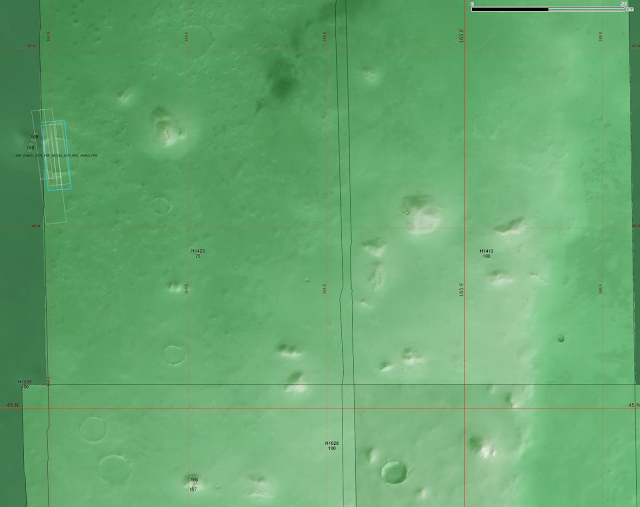 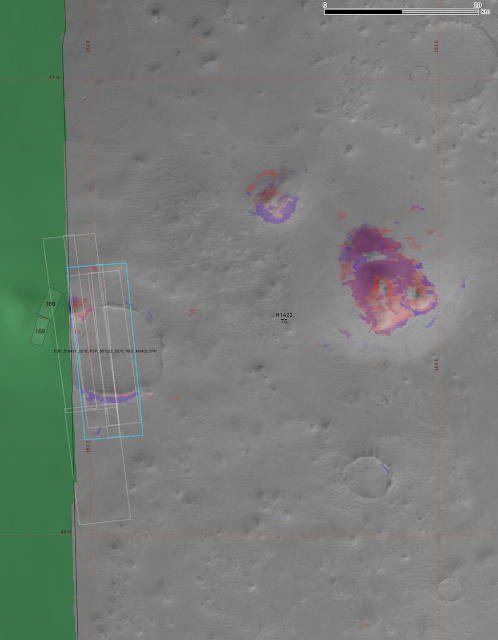 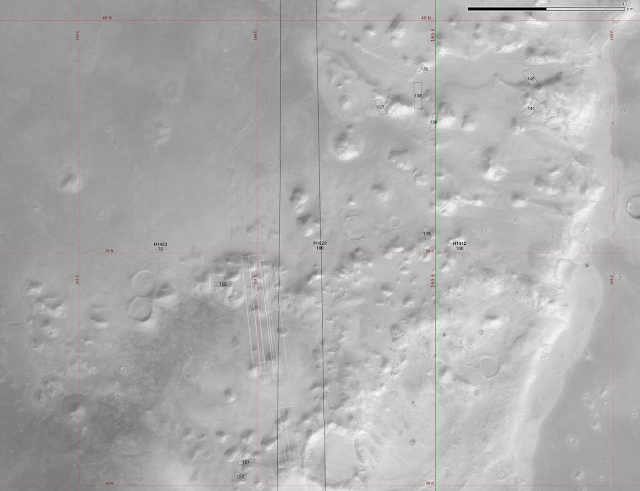 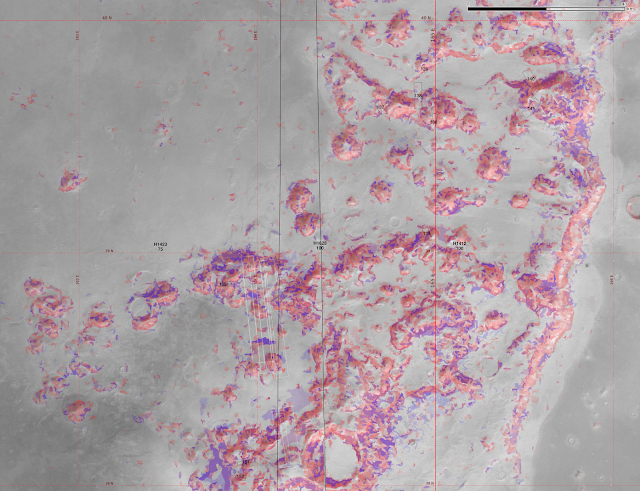 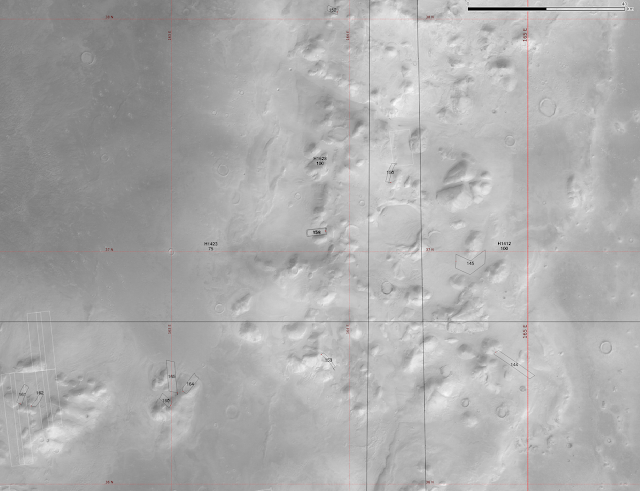 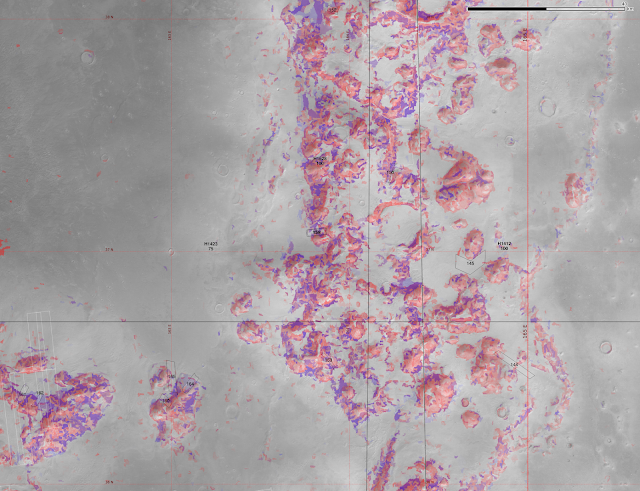 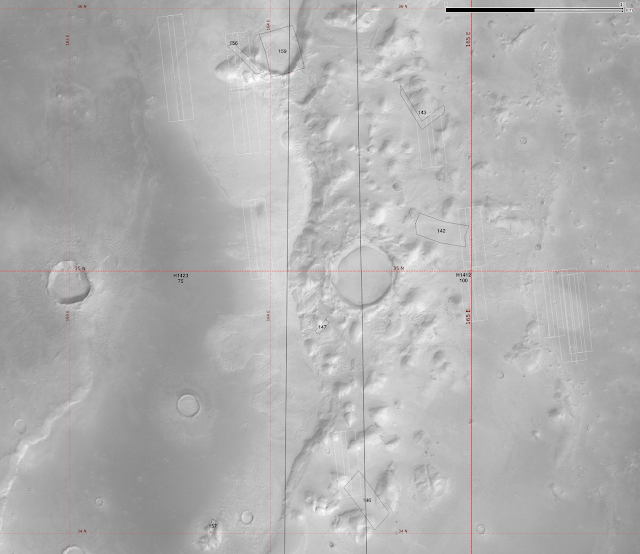 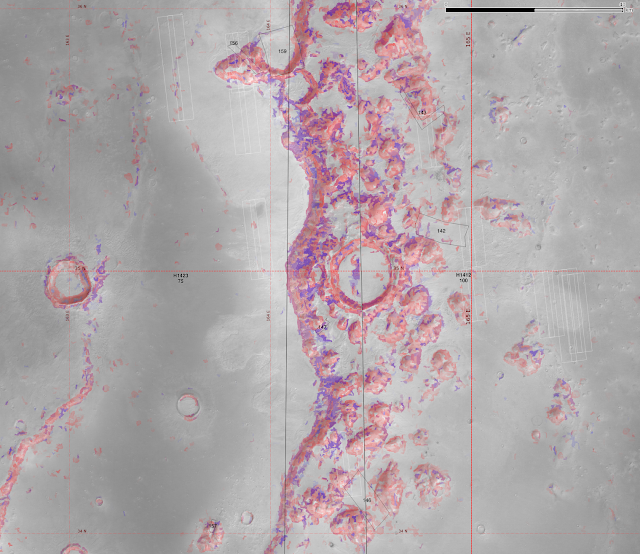 Most of the North of Mars is covered by a low, flat plain.

As such, there are few Souness GLFs, these being found in the walls of craters.

Here is the area of part of Utopia Planitia, north of the shield volcanoes Elysium Mons and Hecates Tholus.

I had originally titled this 'Elysium Planitia' which is in fact in another location south of the Elysium Mons massif. The URL will continue to reflect that.


Four HiRISE anaglyphs overlap or are in the vicinity of Souness GLFs: 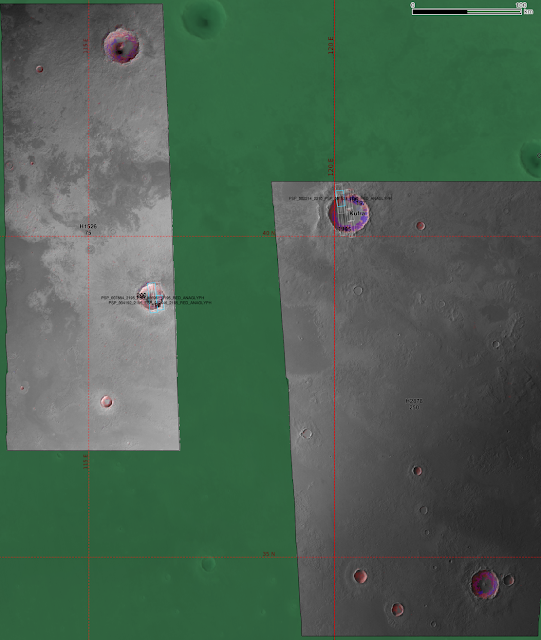 Zooming in further to several areas of interest:

The Auqukuh Vallis system shows some striking examples of GLFs, and is highly favoured by the Bayesian classifier: 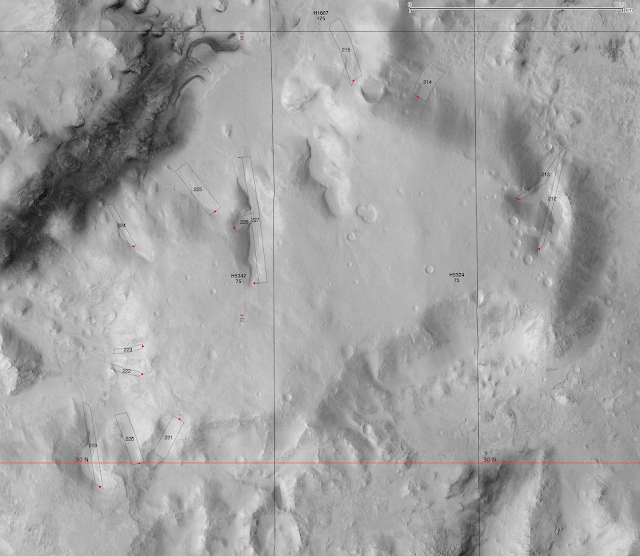 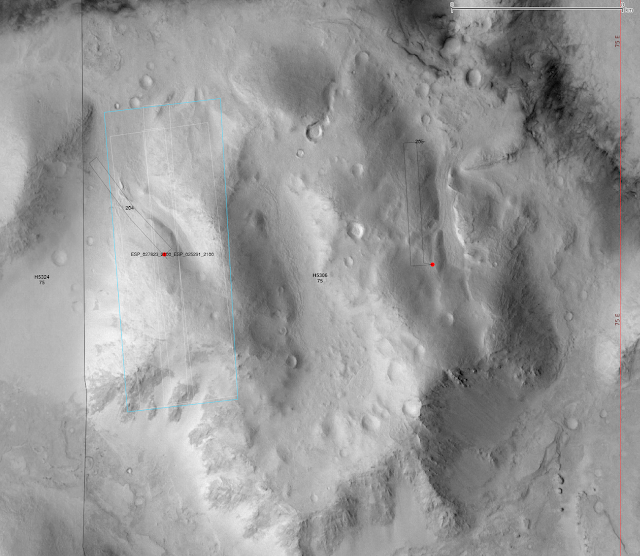 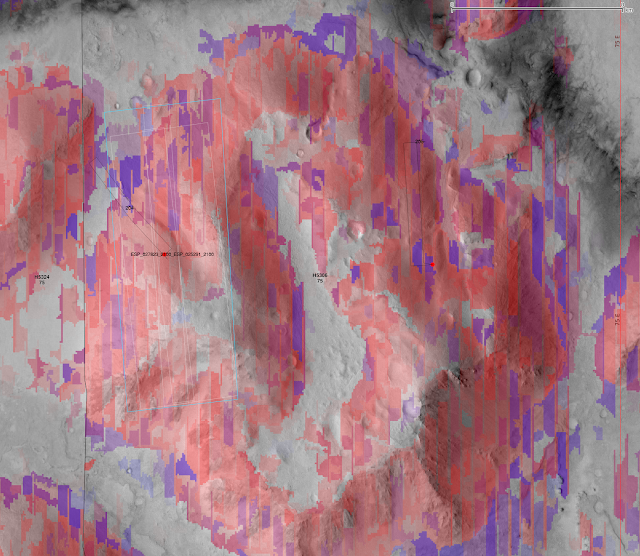 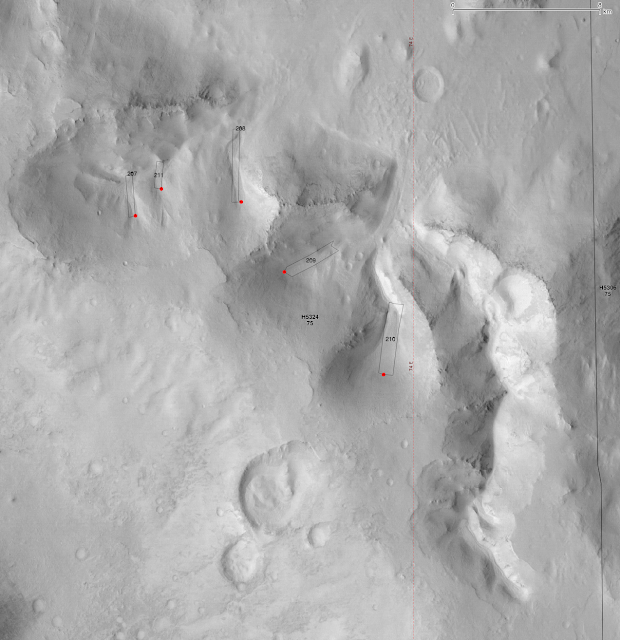 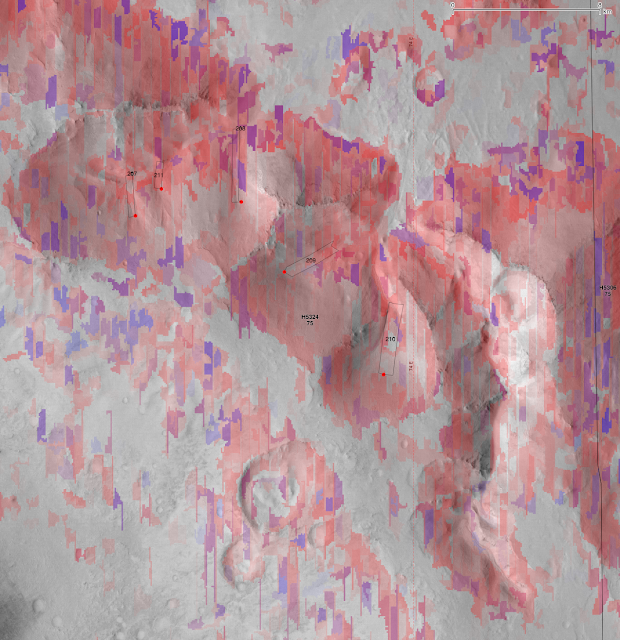 
There are rather more than I will have the opportunity to examine in any fine detail here, but here are several regions showing Souness GLF extents, and where 3D anaglyph coverage exists. Hopefully the labels of these are large enough to be visible, and you can look these up at www.uahirise.org/anaglyph. 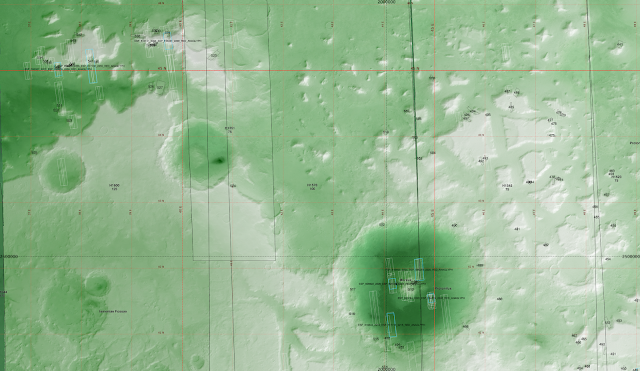 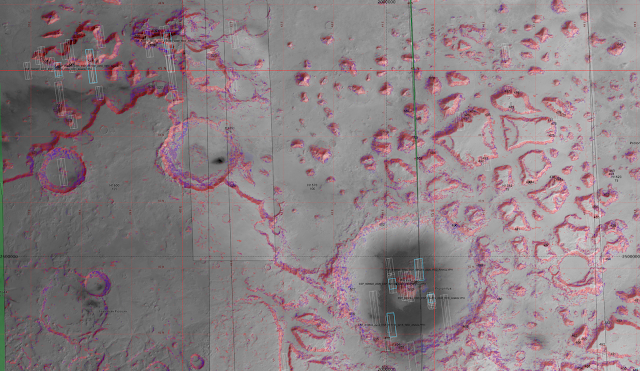 Several HiRISE 3D anaglyphs are found overlapping or in the vicinity of Souness GLFs: 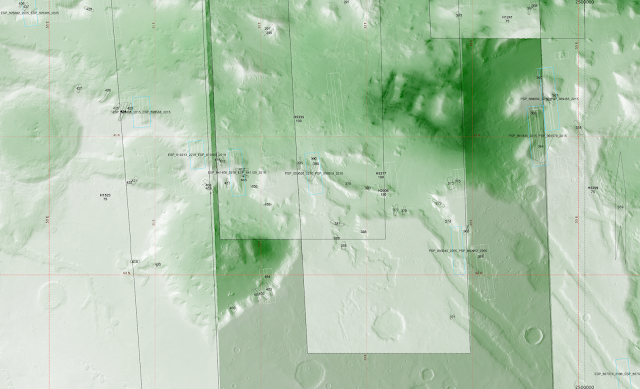 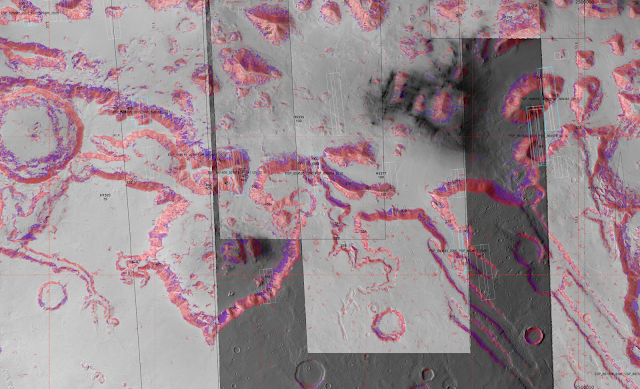 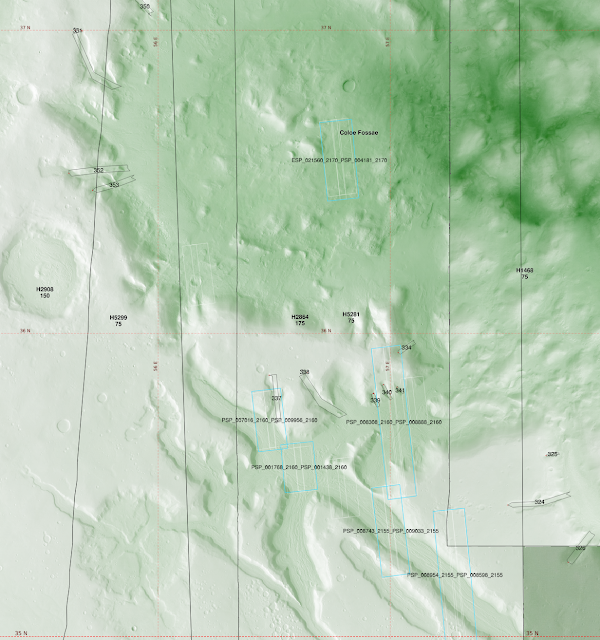 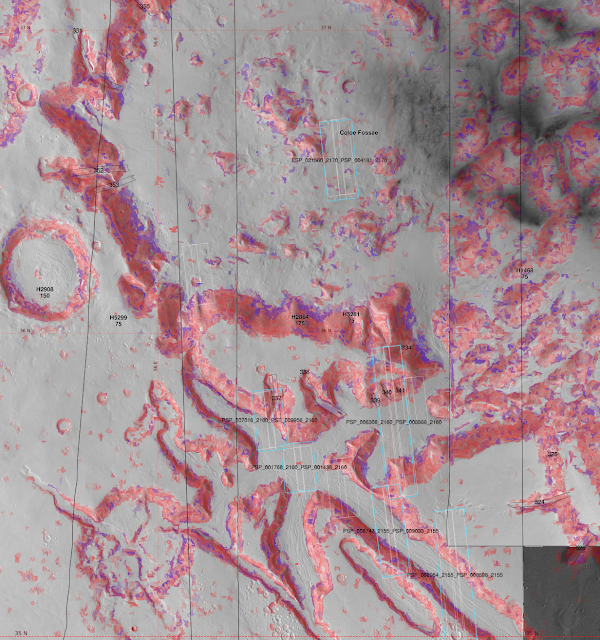 This region was been studied in detail in a paper published by Souness & Hubbard (2013) who addressed the question of whether it was formed by ice moving into the alcove in a former time when there was a widespread ice sheet in the region and later downwasted, or by ice moving out of the alcove more recently, favouring the latter hypothesis.

The northern hemisphere elevation dichotomy boundary, between the flat plains in the north and the highlands to the south is where a large number of glacial landforms have been seen.

Here is the area around Deuteronilus Mensae: 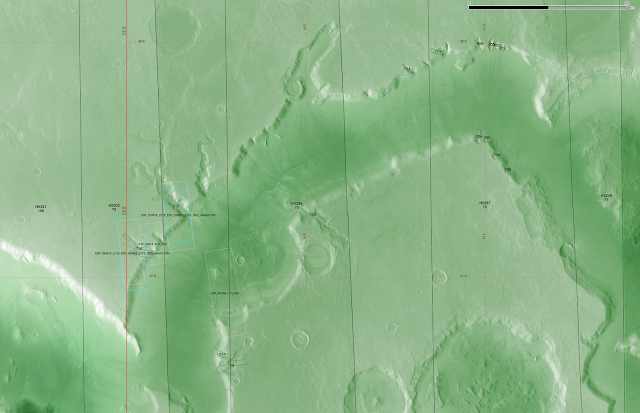 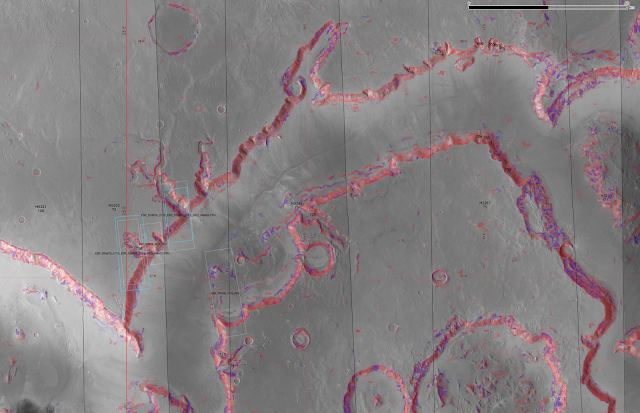 An area around 24°E,  37°N, with a number of Souness GLFs with anaglyphs in the vicinity of, but not overlapping them. At the lower right, there is a high resolution HiRISE DTM available for the area south of Souness 659. 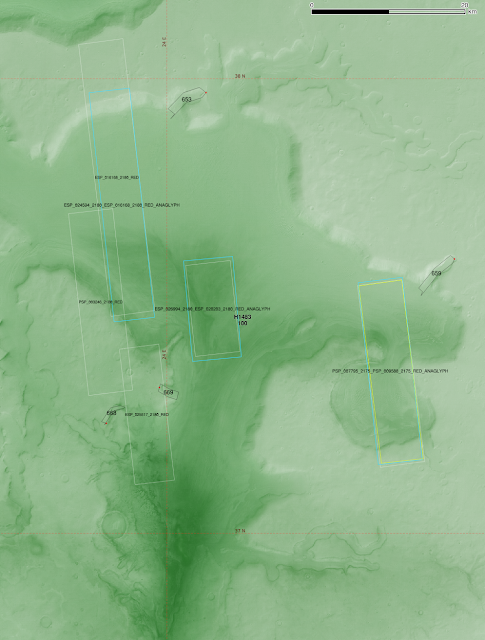 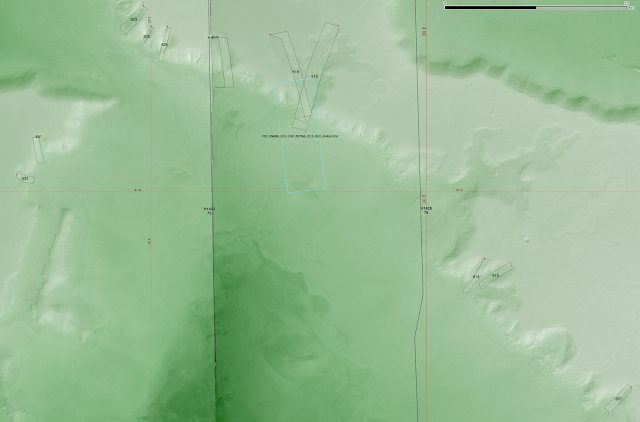 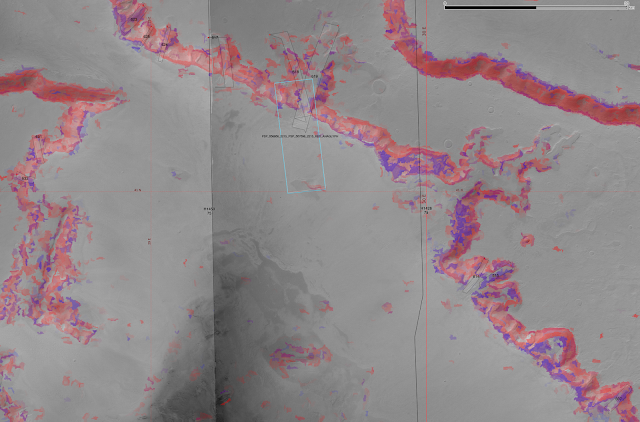 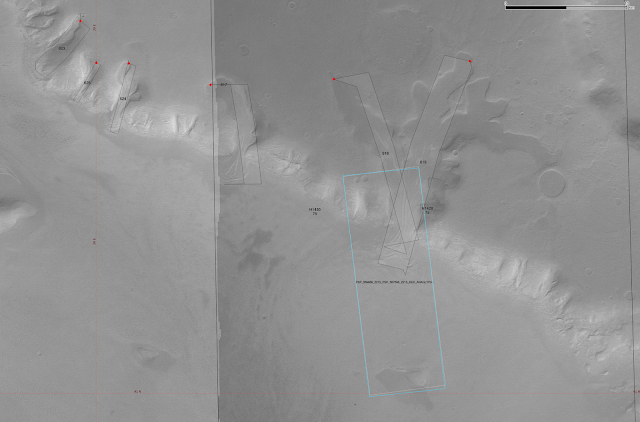 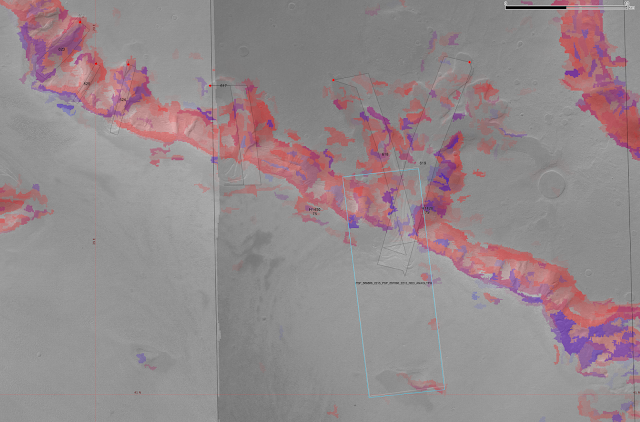 Lyot crater at 30°E, 50°N is the deepest point in the Northern Hemisphere of Mars with a floor elevation of ~ -7000m. There are no Souness GLFs found in it, although the classifier does pick up substantial areas of topographic similarity to extent and head areas. The has been a study showing evidence for liquid water and fluvial activity in the (relatively) recent past: Dickson et al. 2009. 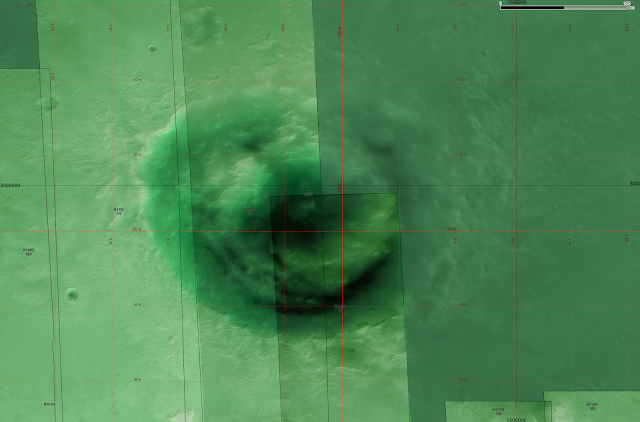 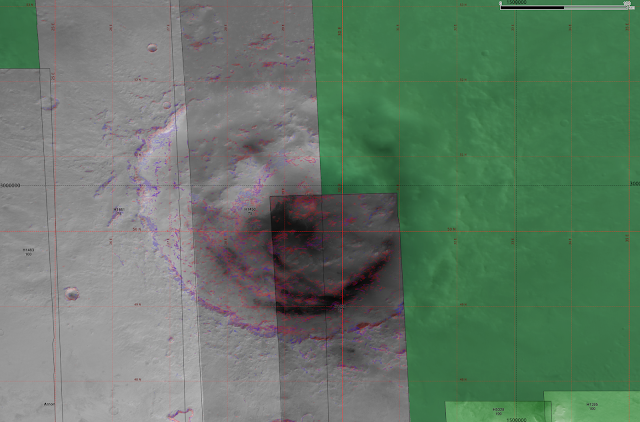 Here is a series of Google Earth screenshots of part of Lyot, with the CTX imagery mosaic: